There will be an outage of SIMS/WebPortal on Sunday, March 7 from 8 am till 12 pm (Noon) 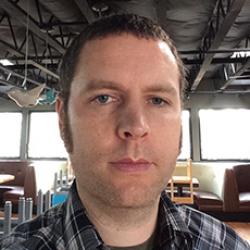 Justin Evelyn is a San Diego native, Certified Cicerone®, and Certified Sommelier, through the Court of Master Sommeliers. His love of great beer developed in Europe, where he discovered beer that expressed its regional identity. He started his career in beverages at Holiday Wine Cellar, and became the original beverage director at Stone World Bistro & Gardens, procuring beer and wine, maintaining a beer cellar and draft system, organizing events, and teaching beer education courses. After leaving Stone Brewing Co. he became the opening general manager of the award-winning brewpub, Beachwood BBQ & Brewing. Currently, he is the hospitality manager for The Bagby Beer Company and proctoring exams for the Cicerone® Certification Program.