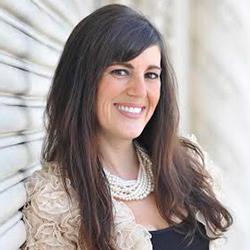 With over 25 years in the beverage industry, Laurie has extensive experience in craft beer, wine, and spirits. She is also currently the instructor for Marketing Wine in the Professional Certificate in the Business of Wine program at SDSU Global Campus.

For the last decade, she has been in the national craft beer scene, beginning as General Manager of a craft beer and wine shop in New Orleans in 2008, and the launch of her popular blog 100 beers. 30 days., in which she tasted and reviewed 100 beers of a style in month-long challenges. Styles included 100 Stouts & Porters, 100 Belgian & Belgian-style beers, and 100 Barrel-Aged beers, with all proceeds given to charities, including local food banks, Feeding America, and the Michael J. Fox Foundation for Parkinson's Research. Her video series on craft beer included Beer Minute and Laurie's Beer Life, along with a cocktail series entitled Drink of the Week.

Laurie has been a presence in the craft beer scene locally as a restaurant Beverage Director, instructor of educational beer dinners and tastings, a writer, and has attended GABF, CBC, and World Beer Cup. Most recently, she was the National and International Sales Director for three wineries in Santa Barbara County.

She is a writer for Pacific and The San Diego Union-Tribune and is published with the Los Angeles Times, Chicago Tribune, Baltimore Sun, Orlando Sentinel, NY Daily News, Edible, Paste, and Spirited magazines, with weekly columns in Pacific on a variety of beverage topics (including craft beer, wine, and cocktails), food, travel, dating, and art. She has been featured for her expertise on the covers of DiscoverSD (a Union-Tribune publication), Westcoaster, and Happy Hour magazines, and in the pages of San Diego Magazine, Draft, Beer West, The Equipped Brewer, Dining Out, Locale, Modern Luxury, Times-Picayune, Wordpress, and more.