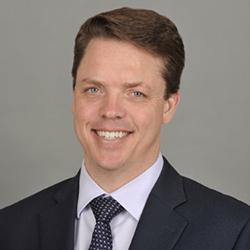 Aaron Olsen is of counsel in the Fisher & Phillips San Diego office, counseling and defending employers on the full spectrum of employment issues. These include wage and hour class actions, discrimination and wrongful termination, and theft of trade secrets. He has successfully represented employers in more than two dozen class actions. Prior to joining the firm, Olsen worked at national law firms in San Diego and Los Angeles, where he represented clients in numerous complex cases, including employment matters; intellectual property cases involving the protection and enforcement of trade secrets; and contract disputes. He also represented officers, directors, and public companies in various shareholder class actions and shareholder derivative actions. While at Harvard Law School, he served on the Environmental Law Review and participated in the Latin American Law Society. Olsen earned a bachelor’s degree in political science, with a minor in conservation biology, from Brigham Young University, where he was elected valedictorian and graduated magna cum laude. He was selected for inclusion in Southern California Super Lawyers in 2014 and 2015, and cited as a "Rising Star" in 2012 and 2013.