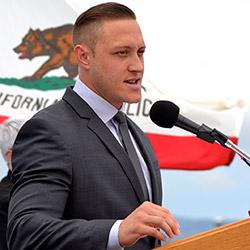 Captain Mike Owen is CEO of Fidelity Security Solutions, a company created out of the need for highly trained security operators and the necessity to put veterans to work. Mike is also the Executive Director of VETality Corp - a 501 (c)3 NPO dedicated to educating, training, aiding/assisting in the employment of veterans nationwide.

Captain Owen led men in multiple tours to Afghanistan and The Republic of Georgia, where he earned personal decorations including the Navy & Marine Corps Commendation Medal with combat "V", Navy Achievement Medal with combat "V", and the Combat Action Ribbon. Upon separation, Mike earned his M.S. in Homeland Security from SDSU and was subsequently hired by the Office of Homeland Security (City of San Diego) to serve as an Emergency Manager in the Prevention/Protection sector. Currently he is pursuing a Doctorate in Strategic Security, as well as his Private Pilot's License.