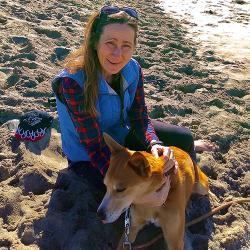 Paula S. De Vos (University of California, Berkeley, 2001) is the Graduate Advisor for SDSU’s History Department and teaches pre-contact and colonial Latin American history, Mexican history, world history, and a variety of graduate and undergraduate methodology courses. Her research interests lie in both colonial Mexico and early modern history of science and medicine.

Professor De Vos’s current book project, “Compound Remedies,” has received fellowship support from the American Council of Learned Societies, the National Institutes of Health, and an SDSU sabbatical. The book examines the history of pharmacy, chemistry, natural history, and medicine in colonial Mexico and is based on her dissertation, "The Art of Pharmacy in Seventeenth- and Eighteenth-Century Mexico." She has published several articles on the relationship of science and politics in the Spanish Empire in venues that include the Journal of World History, Colonial Latin American Review, Eighteenth-Century Studies, and the Journal of Spanish Cultural Studies. More recent articles include a study of the development of pharmacology from ancient Greece to nineteenth-century Spain in the Journal of Ethnopharmacology and an article for Isis on the Arabic origins of the western pharmaceutical tradition. Professor De Vos is also co-editor of “Science in the Spanish and Portuguese Empires” (Stanford, 2009).