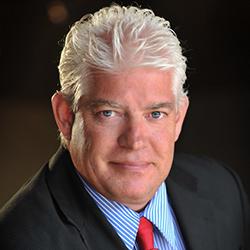 Pierre Charmasson, a broadcast journalism graduate of Northern Arizona University, is a former news, sports and weathercaster who spent his early years working in radio and television. After owning and operating a corporate video and film production company, he transitioned into the hospitality industry. From 1989?2009, Charmasson was director of corporate meetings and events for San Diego-based Professional Event Solutions, where he wrote, produced, and directed corporate theater and served as technical show director for Fortune 1000 companies across the globe. His extensive experience both in front of the camera and his technical skills behind the scenes have earned him a reputation as a polished meetings and events professional as well as a professional voice within the industry.

Charmasson rebranded himself again in 2009 and started a benefit auctioneer company, Artisan Voice, raising millions of dollars for notable charitable organizations, non-profit groups, schools and worthy causes across the country. Charmasson served as the president of Meeting Professionals International San Diego Chapter and has received numerous accolades for his service on the board of directors and his continued efforts to bring awareness to the industry as an instructor and spokesperson.