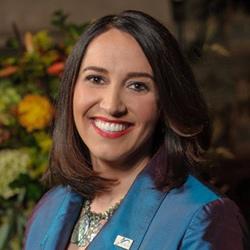 Rachel Peniche is a San Diego native and graduate of the University of San Diego High School. She attended Clark University in Worcester, Massachusetts. In 2000, she began working in the special event industry when she coordinated the celebrity and VIP arrangements for The Governor Gray Davis Committee at the Democratic National Convention in Los Angeles. That same year, after training in event and meeting management and special events planning, Peniche started Plan It San Diego, an event planning and coordination company specializing in weddings, bar/bat mitzvahs, and corporate, political and charity events.

Peniche is involved in many philanthropic organizations in San Diego such as Rady Children's Hospital, The Thursday Club, and The Leukemia Lymphoma Society where she is currently the San Diego/Hawaii Board Chair. Most recently, she works as the executive director of Friends of Vista Hill, a local nonprofit serving those with substance use disorder, mental health issues, and developmental and intellectual disabilities.