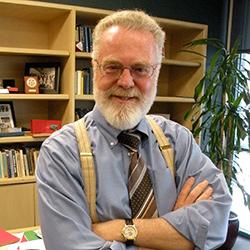 Stephen L. Weber, Ph.D. was the seventh president of San Diego State University, an institution that ranks among the largest in the nation from 1996 to 2017. He is the past chair of the American Association of State Colleges and Universities Board of Directors. He also served on the boards of The Peres Center for Peace, Student Veterans of America, and the Executive Committee of the NCAA. Locally, President Weber served on the boards of BIOCOM, the San Diego Foundation, the San Diego Regional Economic Development Corporation, the Chamber of Commerce, and the San Diego Science and Technology Council. He currently chairs the board of AVID (Advancement Via Individual Determination). During his time as president of SDSU, the campus led the nation in improved graduation rates, increased the diversity of its student body, increased research activity as well as grants and contracts, was among the national leaders (#23) in study abroad, and became a national leader in veteran-friendly education.