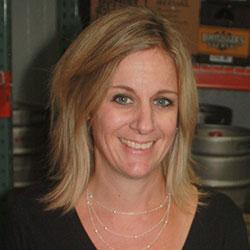 In 2010, Susie began an adventure that would soon take over her days and nights for two years. Susie and a friend opened a restaurant in Hillcrest, San Diego. During those years, in addition to all the hard work, Susie learned a ton about hospitality as well as the food and beverage industry. It was here that it became apparent that customer service in the beer distribution channels was hard to come by, if not non-existent. Susie decided it was clear that she needed to find a way to fill this gap. California had close to 400 craft breweries throughout the state, and Susie was confident that many of them were as passionate about great service as they are about craft beer.