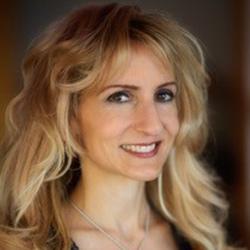 Wendy Patrick, J.D., M.Div., Ph.D. is a career prosecutor who has been named Public Lawyer of the Year by the California State Bar Public Law Section, voted by her peers as one of the Top Ten criminal attorneys in San Diego by the San Diego Daily Transcript, and has completed over 165 trials ranging from hate crimes to domestic violence to first-degree murder. She is the author of Red Flags (St. Martin´s Press), co-author of the New York Times bestseller Reading People (revision, Random House), a media analyst, and a media personality with over 6,000 appearances in media including CNN, Fox News Channel, and Fox Business Network.

She has her own radio show called "Today with Dr. Wendy" on KCBQ, does a biweekly radio tour called "Weekly Legal” for Fox News Radio, has a weekly slot called "Inside the Law" on Fox 5 San Diego, is a regular guest on Crime Stories with Nancy Grace has a weekly segment called "On the Docket" on America's Voice News, appeared regularly as a behavioral analyst on Australia´s Seven Network, and served frequently as a guest host for KOGO radio San Diego.

Dr. Patrick has her own online column in Psychology Today and has been quoted in a variety of sources including the New York Times, USA Today, US News and World Report, Washington Post, Associated Press, Cosmopolitan, The Oprah Magazine, Bloomberg Businessweek, CSNBC, CNN.com, and The Christian Science Monitor. On a personal note, Dr. Patrick holds a purple belt in Shorin-Ryu karate, is a concert violinist with the La Jolla Symphony, and plays the electric violin professionally with a rock band.